This once-obscure territory across mainland Iloilo was just a vast mango orchard land which yields export-quality harvests of the country’s national fruit.

So, when it created a summer festivity to mark its first-founding anniversary as an independent province, it could be no other than one which honors its famed tropical fruit. Thus, Manggahan Festival was born in 1993 to put to the fore its mango industry and rich cultural heritage.

Guimaras was declared a sub-province of Iloilo in 1966, and proclaimed a full-fledged province on May 22, 1992 after the townsfolk ratified Republic Act 7160 in a plebiscite.

Now on its 25th edition, this year’s festivities themed “Bugana: Celebrating the Silver Glory of Manggahan Festival”kick off with a bang on May 11 with the street dancing competition, agri-trade tourism fair, the Mango Chandelier, and ABS-CBN’s Kapamilya Caravan.

According to governor Samuel Gumarin, the celebration aims to position Guimaras as the agri- and eco-tourism capital of the Western Visayas region with its sprawling farms and natural wonders.

Fringe events include Mango Eat All You Can contests, Amazing Guimarace, concerts and entertainment shows, and sporting events which include the Tour de Guimaras, the Philippine Downhill Series, and the 4th Gov. Gumarin Motocross Challenge.

The two-week feast culminates on May 22 with the 26th Provincial Founding Anniversary parade, cultural competition, and the Sinadya sa Capitol cultural awarding.

He said that beyond its succulent mangoes which have tickled the world’s palate, the province takes pride in its string of enticing beaches, secluded islands, religious retreats, farms and adventure spots which make it a consummate getaway, minus the madding crowd.

The province has also crafted the Agri-tourism Circuit which link farms  frequented by visitors to showcase Guimaras as an agribusiness powerhouse.

For beach bums, Alobijod Cove in Nueva Valencia is the province’s most popular beachfront with its powdery sand and clear water. Framed by jagged rock formations, it is dotted by homey resorts and serves as the jump-off point for island hopping.

It is also the jump-off point to the Seafdec Marine Park which breeds species of edible fish to repopulate the fishing grounds. Funded by Southeast Asian countries, it offers a unique tour to help visitors appreciate the importance of preserving the marine ecosystem.

A must-try is the Suba Malawig Eco-Tour, a community-based program organized by the members of the barangay—from the guides, boatmen to the performers and homestays.

Lending a touch of luxury amidst the rustic setting is the upscale 70-room Andana Resort, a Mediterranean-inspired hotel, which offers a mesmerizing vista of the coves and outlying in Alobihod beach area and will be the best accommodation in the island.

Guests can get their dose of adrenaline at Camp Alfredo in Sibunag with its 375-meter zipline, obstacle course, hanging bridge, adventure facilities. Others can simply laze at the camping grounds, feast on Ilonggo dishes, or go fishing at the lagoon for a back-to-basics experience.

In Jordan town, a must-visit is the Trappist Monastery, the country’s first monastery for men whose main come-on is the souvenir shop containing crafts and mango food products produced by the monks.

Balaan Bukid, literally meaning “Holy Mountain”, is a pilgrimage site for Catholic devotees. Along the climb is the Stations of the Cross, and on its summit is the Chapel of Ave Maria Purisima and a big, white cross. It is the endpoint of the Pagtaltal sa Guimaras passion play held on Good Friday.

An Instagram-worthy spot is the San Lorenzo Wind Farm, a 54-megawatt windmill energy project which has become a tourist magnet because of its breathtaking view, especially at sunset.

Buenavista takes pride of Navalas Church which has preserved its Spanish-era façade. On the town’s far end is Roca Encantada, the historic hilltop summer mansion of the prominent Lopez family built in 1910 which has a refreshing panorama of the Siete Pecados island chain.

Beyond its sweet mangoes, Guimaras is a land of the sweet smiles of its warm people and sweet memories of a new tourism frontier. 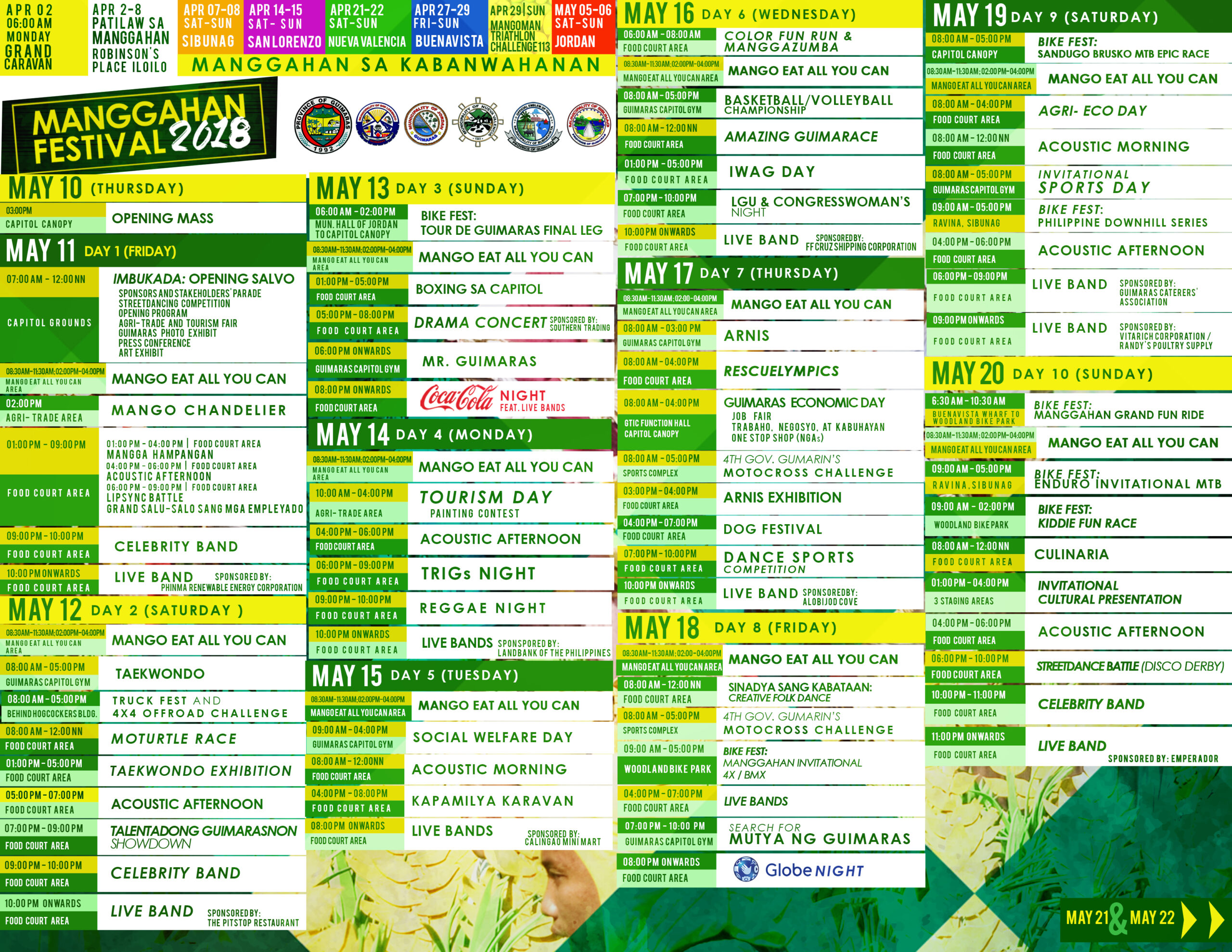 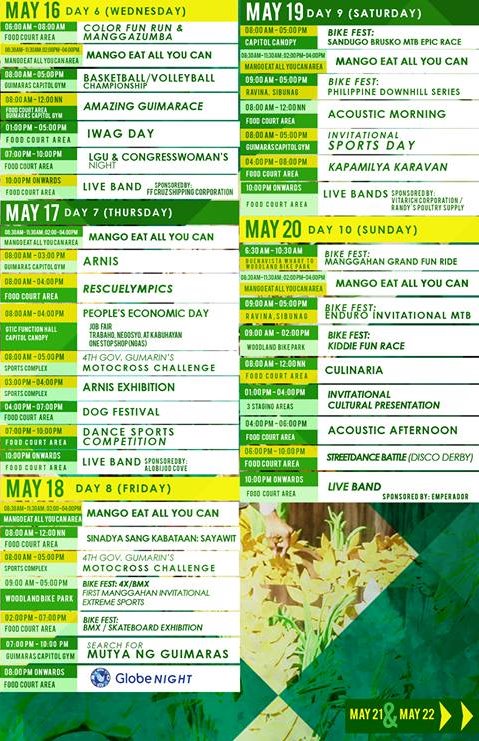 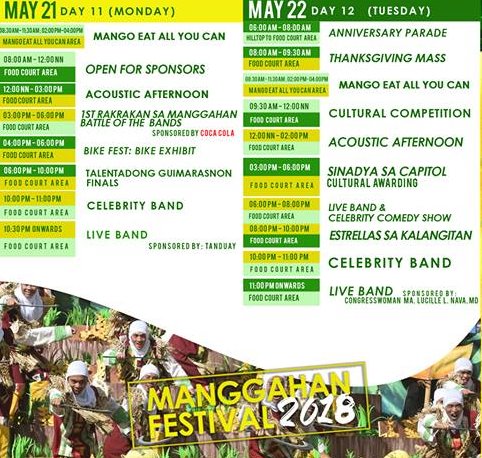 Wed Jun 1 , 2022
By: Travel Insider Elaine Santos 1. See the mysterious Tangke Island’s leaves that never fall to the ground! 2. Have a drink at Bantigue Sand Bar (bring your own beer!) 3. For someone who doesn’t like hard core trekking, you will find the short treks for Island hopping very awesome! 4. […]