The Church of San Pedro in Loboc is the second oldest church in Bohol. It was originally built in 1602, but soon reduced to ashes. In 1638, a stronger one was build. Located near the river, it has survived a number of floods. Inside the church, you can admire some remarkable naive paintings on the ceiling. A Spanish coat of arms can be found in the stone wall near the entrance of the convent. The bell tower of Loboc is about 100 meters from the church. 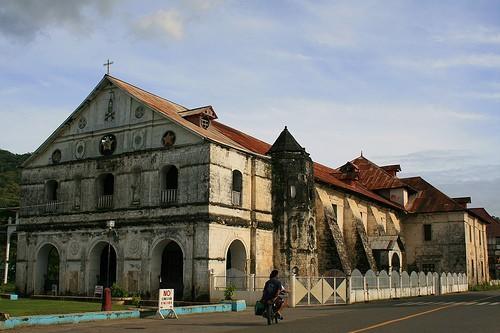 Attached to the building is a three storey convent, which today houses the Museo de Loboc on the third floor. This museum houses a few old statues of saints, and some other antique religious artifacts.

Carmen, Bohol was hit by a 7.2 magnitude earthquake yesterday. The Philippine Information Agency (PIA) Central Visayas over Twitter said, “The century old church in Baclayon is heavily damaged according to Jun Dy of comm rescue group in Bohol.” 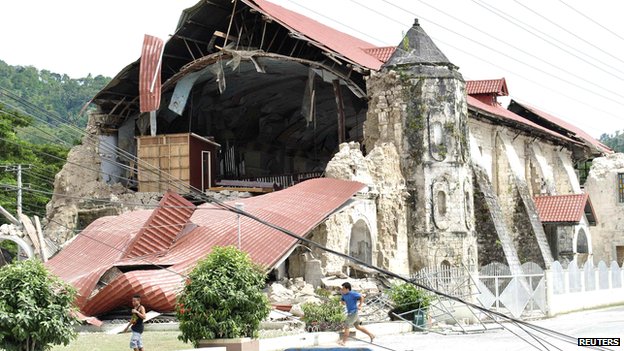 Netizens did their share in uploading photos of the damaged Loboc Church, reports shows that the facade was completely destroyed and some parts of the roof exposed the interior of the church.

National Commission for Culture and the Arts (NCCA) Atty. Trixie Angeles expressed “Right now wala pa kaming assessment. All we know of the damages is based on the pictures lang. We can't say with finality the extent of that damage,”

In Bohol, Strange, Supernatural Logs From The Sea

5 PH Spots Made More Beautiful By Proud Albayana & Miss U...